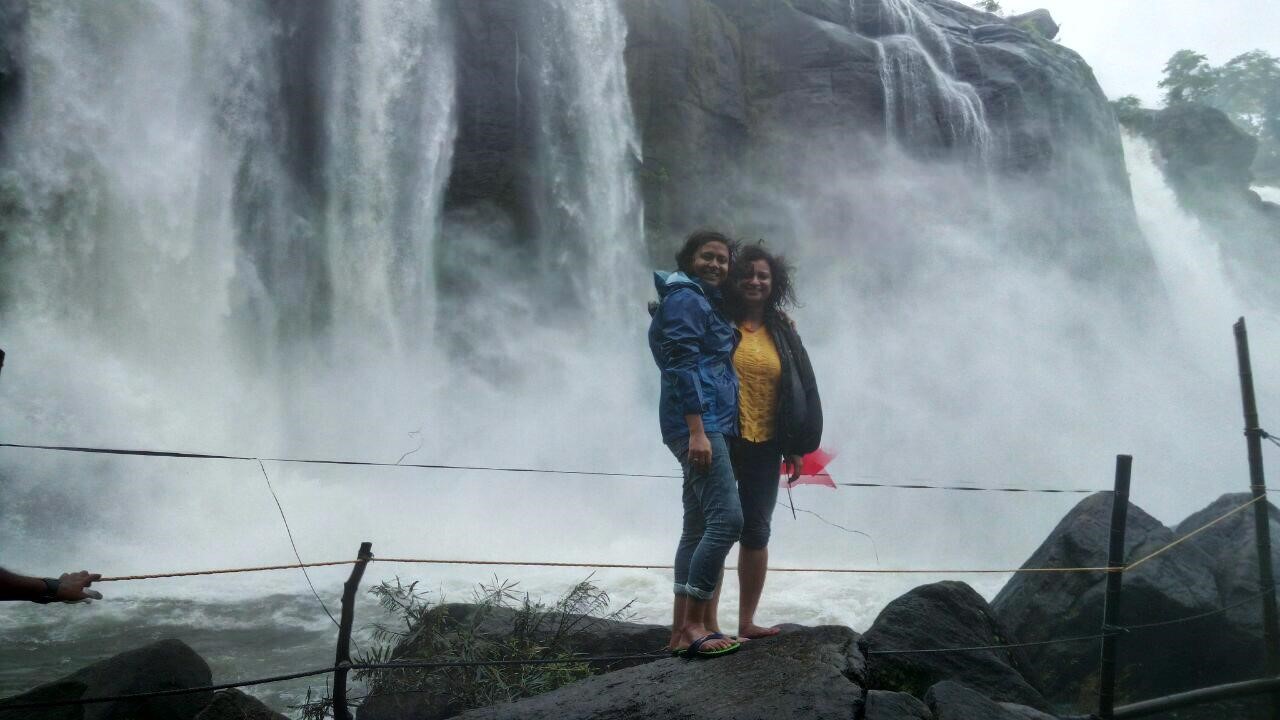 The following is a part of a travel experience. You may find other episode in the following links. Episode 1 Episode 2

This article is written by Soma Das, a chartered accountant based in Kolkata and a friend. She also owns the copyright of the photographs.

They have said it correct - love will find its way! The next morning (day 4), early morning at 4.30 am, the jeep was ready to take me back to Kolukkamali with the same driver. Madhumita decided not to join me. I was ready to dare the wind. It was eternity. That morning, I saw the clouds at the war.

The battalion on my right were clustering in fast to increase on its size. The battalion on my left seemed weak in the beginning. I turned my neck further on my left to see a huge cluster of clouds roaring and while coming to the battlefield, it swallowed in the mountains. They seemed fast and ruthless. Everyone took their positions. But to my surprise, they didn't thunder, they didn't lighten. They broke. They broke right before my face and not on my face. I could see the drizzles fly across the empty spaces between the mountains. Nothing touched me. They wanted me to leave. Pleased and contented, I rallied down the mountain and thanked Mother Nature for being so beautiful. Just then I saw a rainbow and I was sure that she thanked me back.

We left for Thekkady and on the way we ate our breakfast. We decided to take a jeep safari in Thekkady across the border of Tamil Nadu and Kerala, surrounded by agricultural land and vineyards. It is a package safari tour.

We saw black monkeys and giant squirrel on my way. It took us to a point where we saw the hills of Munnar and hills that formed part of Tamil Nadu. Post our return, Madhumita relaxed herself at Mayura ayurvedic massage centre and I retired to stop-gap sleep at Thekkady Homestay. It was a wonderful stay. The room was clean and shiny. The owners shared the dinner cooked for them when we told them that we didn't want to go out for dinner. They didn't deny us food. It was indeed a very sweet gesture and we got to eat home cooked food for the first time in this trip. They were very friendly and aunty felt bad that she could offer us only rice, sambar and puttu with some fish fry. Little did she know that it was heavenly for us and the food tasted awesome. Aunty got visibly offended when uncle suggested if he could charge anything for the dinner. They didn't charge us for the dinner.

Day 5 was important for me. I had seen a pic of bamboo raft many months back and always wanted to experience it. That day was a 'wish come true'.

As always, Prince was ready to rock right on time we were supposed leave in the morning. I don't remember a day when we had to wait for him to arrive! We collected our tickets from Periyar Information Centre (government centre) the previous day. They assured us that we would be given leech proof socks for the trek. We reached the starting point by 7.16 am. We were the first one to arrive on time. The remaining group of 4 reached by 7.40 and we started our 1.5 hours trek through the jungle to reach to Periyar Lake for bamboo rafting. It was a delightful trek to the lake. Madhumita had made some new friends with the other group. They clubbed and walked together with Riju and Sandra (they have an awesome job profile and the company pays them for being wanderlust!!). I wanted to be the loner in the jungle (definitely with a guide to show me the way) ahead of everyone else. We had 3 guides for a group of 6 people and a man with a gun who walked at the end of the human trail. Due to the rains, we couldn't spot many animals. We were lucky to see two bisons and leeches! They couldn't bite us (thanks to the socks) but I saw the mother leeches for the first time. After 1.5 hours of trek the view of the lake was heavenly. It was purely serene. After eating our breakfast in the jungle near the lake, we climbed on the raft. It sailed through the waters. It was noiseless. It was undisturbed, away from human cacophony. We couldn't see any animal grazing the grassland or drinking water from the lake. We spotted various kinds of birds. The guides told us that, generally, the best time to spot animals is February to April.

There was a bandh called in by Congress in the entire Idukki district that day. Everything was shut. It reminded me of bandh days in Kolkata. On day 5 our car was stopped and Prince convincingly told the guy that we were going to Kochi to catch a flight. We were asked to wait for 5 minutes and then left Thekkady. On our way back, we managed to find a restaurant to feed Madhumita who was super hungry. She ate kino and omelette. While returning, Prince suggested if we could take the Neryamangalam Idukki road which runs through the jungle (he informed us that taking this road would cost us some extra kms). I jumped at the idea and we took a bend to enter that road. The rains had created strata of mists in the mountains and I was awestruck and mesmerised at the beauty of the mountains. Again, Mother Nature knew the perfect blend of the greenery and the misty white to make it attractive. The mountains were on my right. My neck held tight to the right, I wasn't ready to miss a single frame. And then came a twisty turn and the humongous misty mountain emerged before me for few seconds before we drove to the end of the bend. The huge beautiful mountain right in front of eyes made me feel so little. It told me there is so much more to do in this life and so little I am doing! I realised I was sitting at the edge of my seat. I settled back and thanked Prince to drive us through that road. The periyar river gushed with us on parallel track. We also saw Idukki arch dam - standing 554 ft tall on the periyar river between two mountains, Kuravanmala and Kurathimala. We reached Kochi around 6 pm and checked in to Hotel Aiswarya near Durbar Hall road.

6th and 7th days were moderate. We went to Alappuzha and took a shikara to sail across the backwaters for 5 hours. Our shikara man was a great guy. He had let me take the control of the steering wheels of his shikara twice. Sailing on the backwaters excited me, as if I was the captain of the ship. If I ever get a chance to be in Alappuzha again, I would love to sail a shikara again. We crossed Punnamda Lake where Nehru Trophy Boat Race, also known as Vallam Kali, is held on every second Saturday of August.

Adding to our great luck was this season's first Vallam Kali -Champakulum Moolam boat race. As always, the man who never said No to us even for once took us to that boat race. Incidentally this was his first live experience as well.

We saw 3 men excitedly swimming towards the race track. They started the banging the water and cheering their clubs they supported. Usually a snake boat is manned by 4 helmsmen and oarsmen and drums beaten to support the rhythm of rowing. We didn't wait for the entire race to finish, witnessed only the qualifying rounds. We left for Alappuzha beach to quench the thirst of Madhumita. We wanted to thank Prince for all his help and nice drive across Ernakulum, Idukki and Alappuzha districts, Madhumita came up with a brilliant idea of taking Prince to biryani treat. I was very happy as well, as she bought my dinner too! We went to Hotel Malabar and ate delicious mutton/ chicken biryani before the last night of our trip set in.

On 7th day, i.e. the last day of the trip, we went to Athirapally waterfall in Thissur district. It was time to get drenched in the 80ft tall waterfall. It is the largest waterfall in Kerala. We climbed the rocks and went to the nearest allowed point at the bottom of the fall and emerged as champions!

We checked our watch and it was time to leave. Time to leave the 'God's own country'!

We shared a nice rapport throughout the journey of 7 days with Prince and exchanged ideas, interests and learned about the cultures of both states. Stuck in traffic, we discussed about limiting the numbers of cars a family must hold and ease the pressure on roads. Prince nodded. Agreed. He giggled and told me that he owns one bullet and another car apart from his commercial vehicle! Are you kidding me? What an irony! He invariably made our road journey better with each passing day. Coming from the eastern part of India, who wouldn't like to listen to Bollywood songs being played in the car and enjoy it even more when you learn that every person sitting in the car understands Hindi and English. Hindi was his second language in school and he understood the songs which we played! 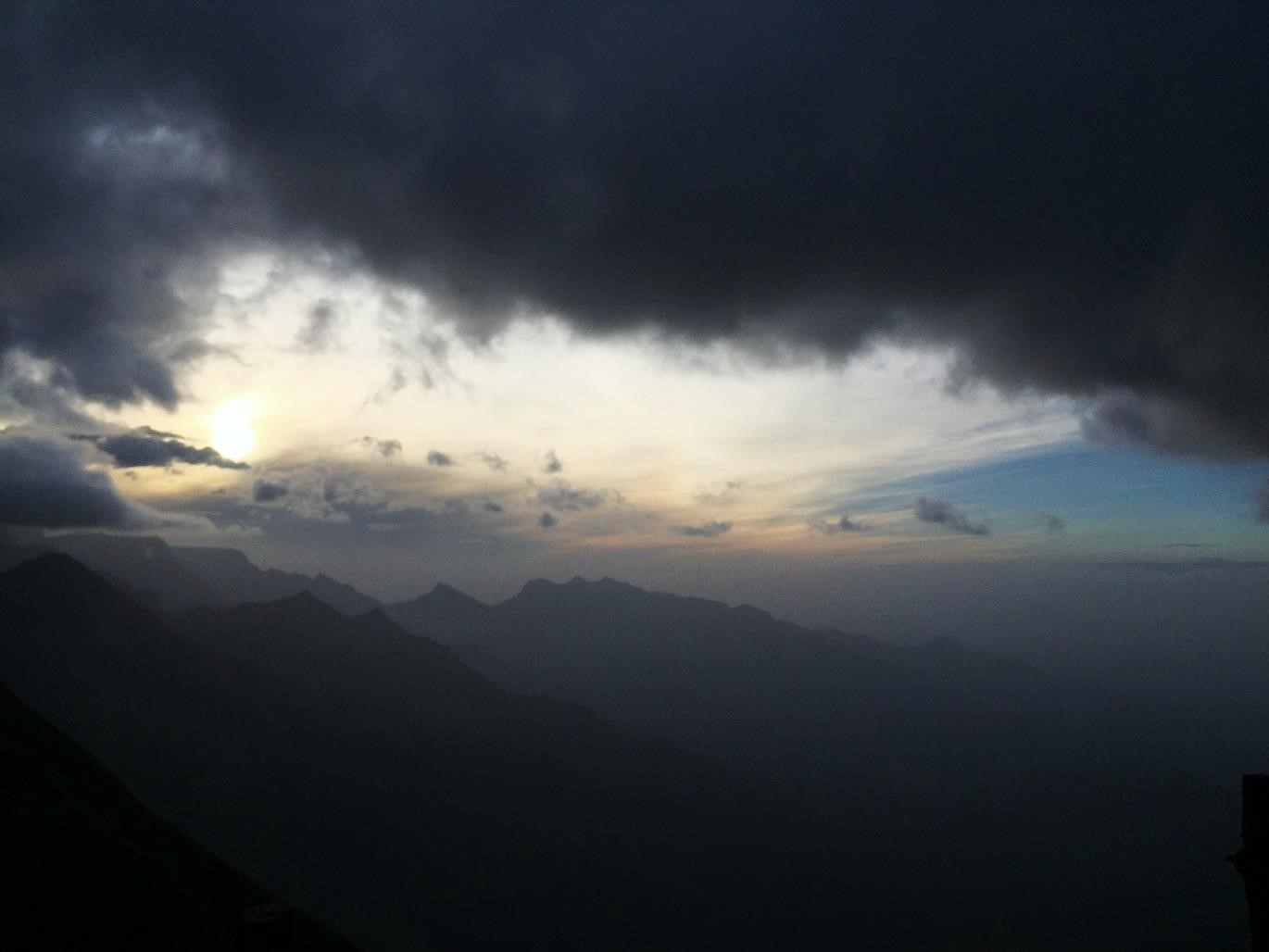 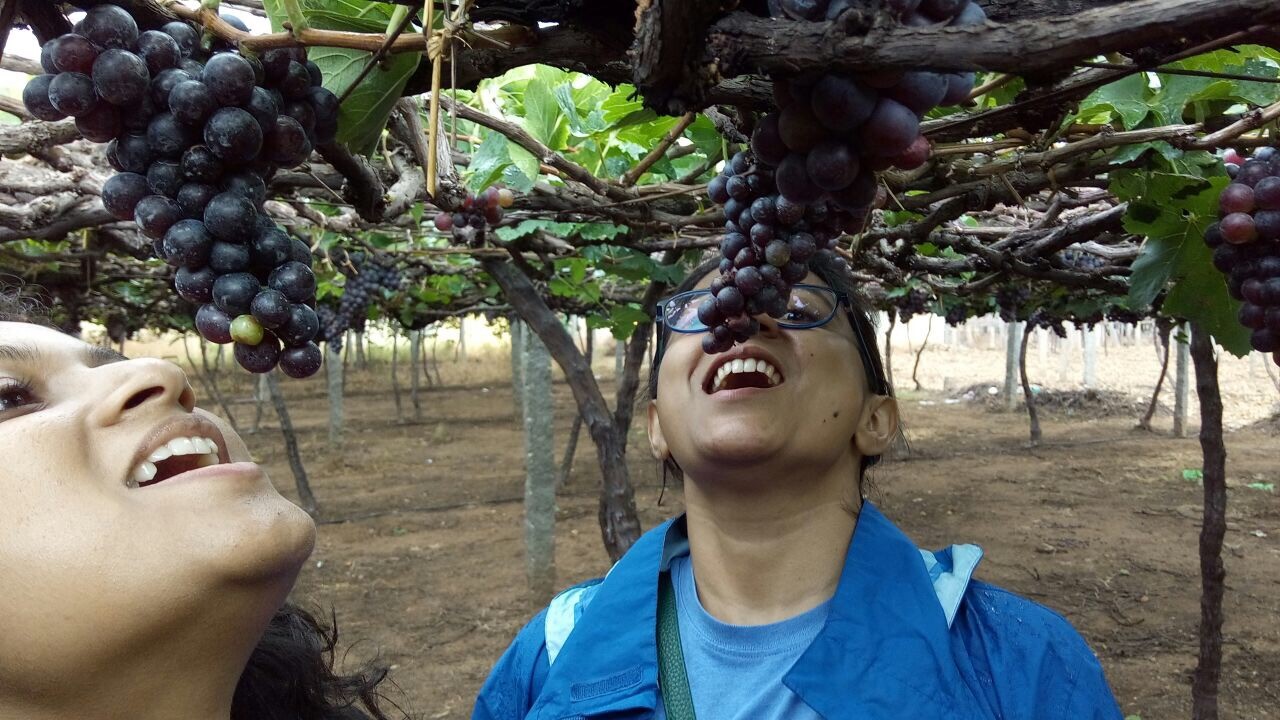 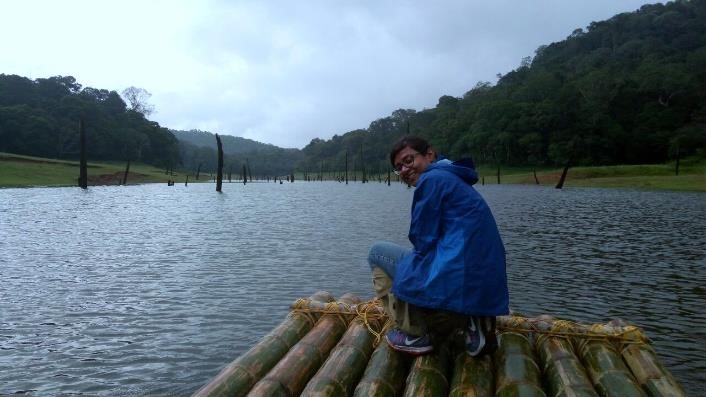 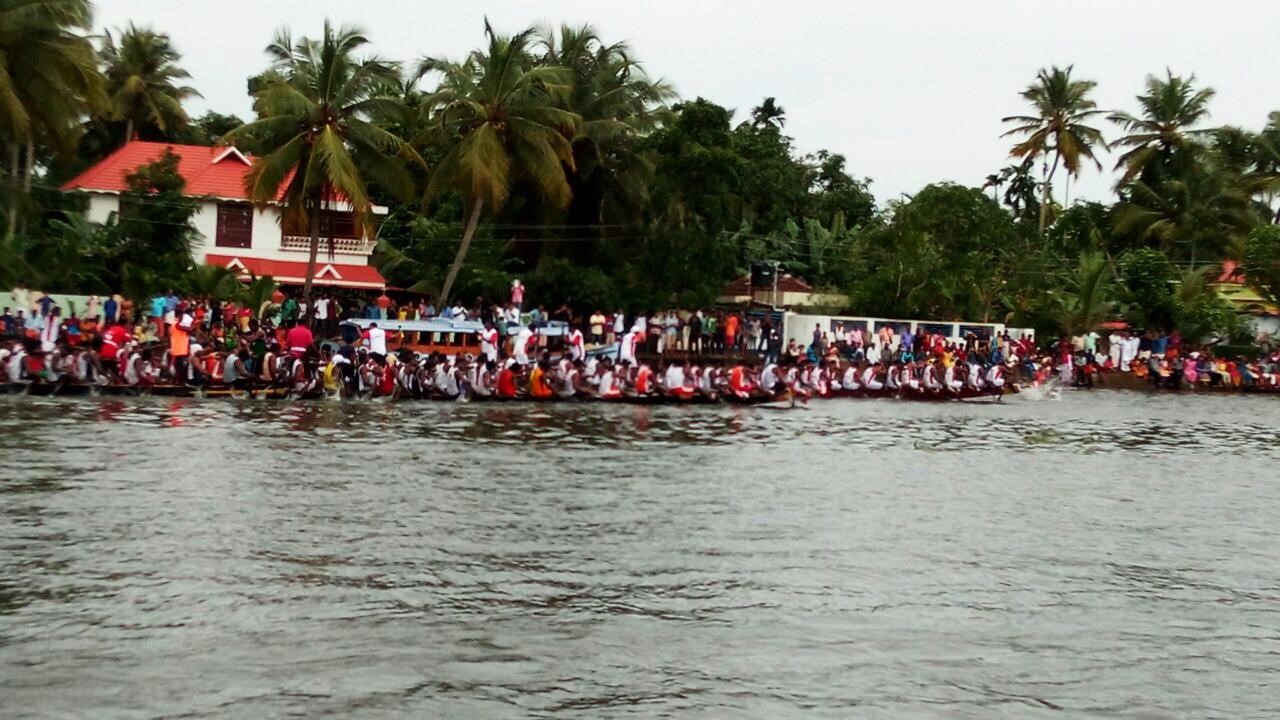