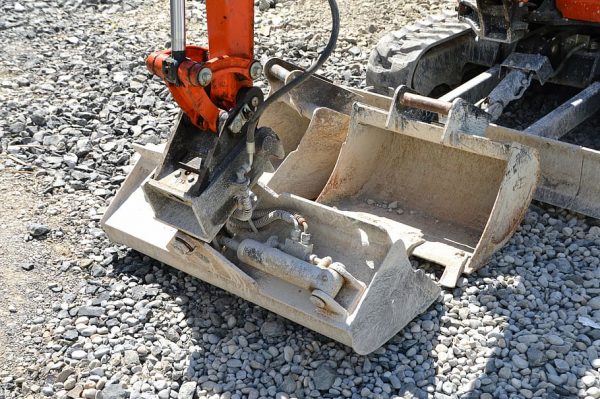 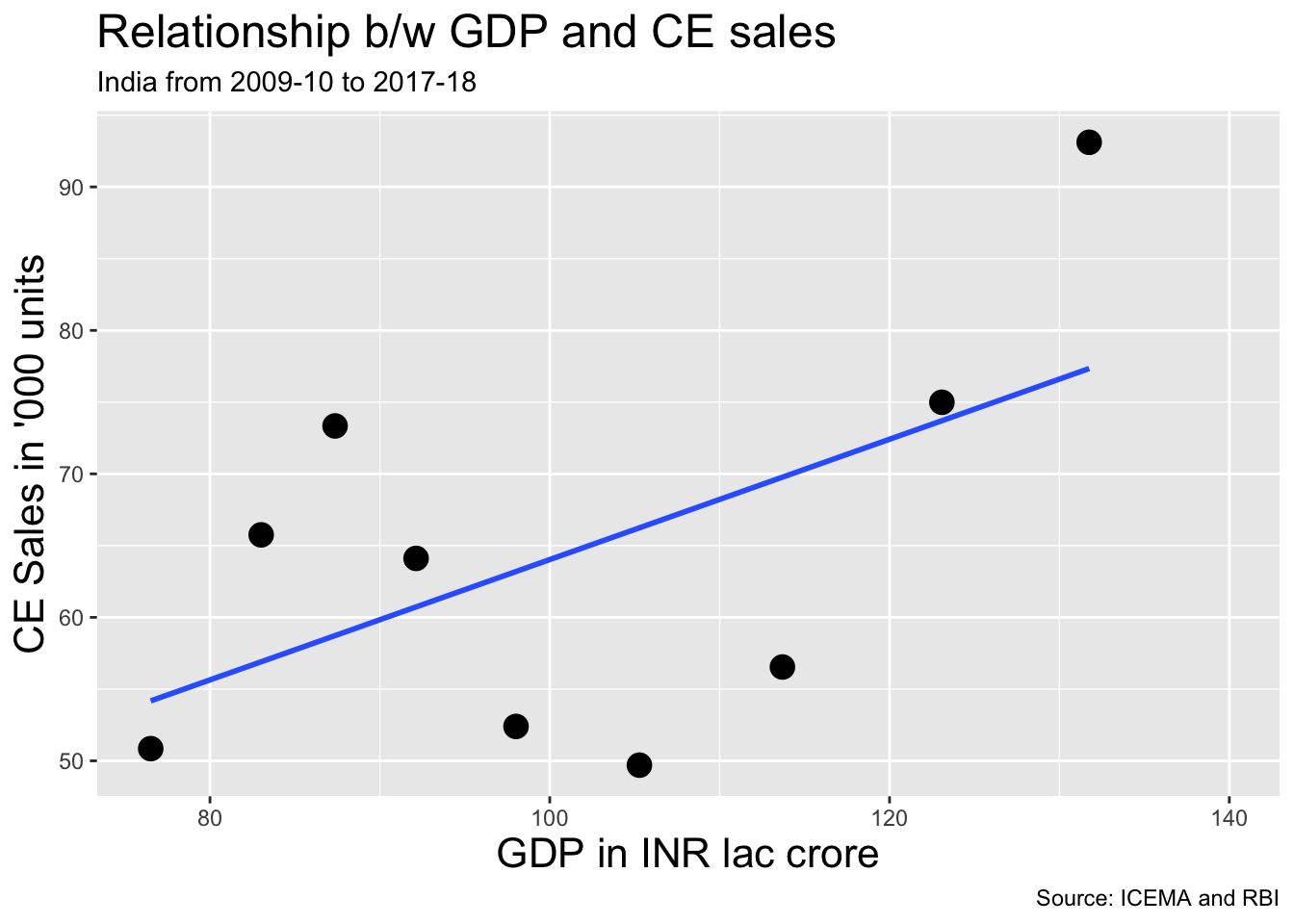 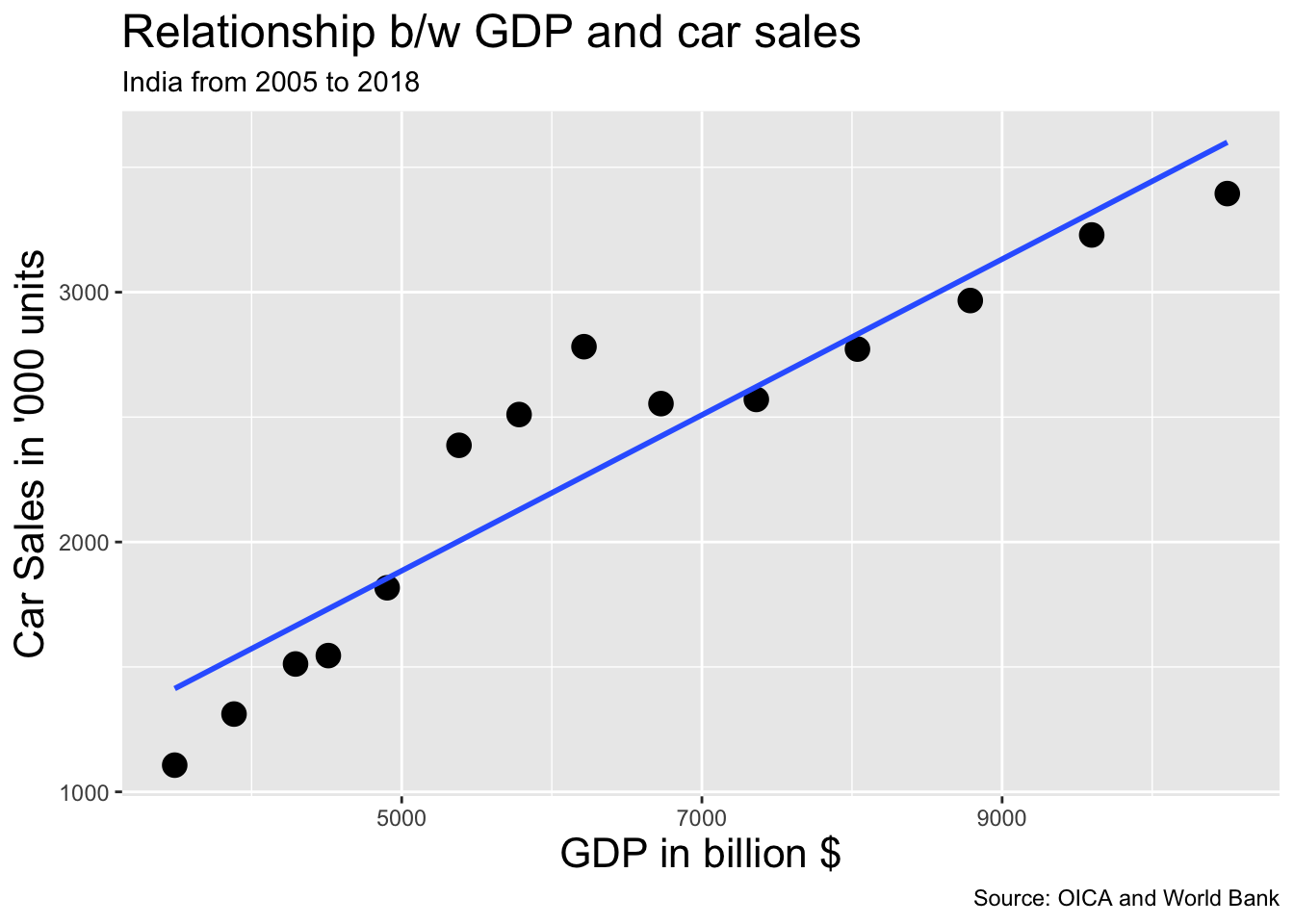 The charts above show the relationship between GDP and construction equipment (CE) sales and car (passenger car) sales respectively. A strong positive correlation is evident in case of cars, as expected. The lack of correlation in case of CE sales however, is unexpected.

In fact CE sales figure doesn’t even follow the GDP growth trend as shown below. And what is far more surprising is that it seems that monetary policy has almost no effect. Sales grew despite higher interest and fell despite lower interest rates. The real interest rates are calculated from lending rates and inflation.1 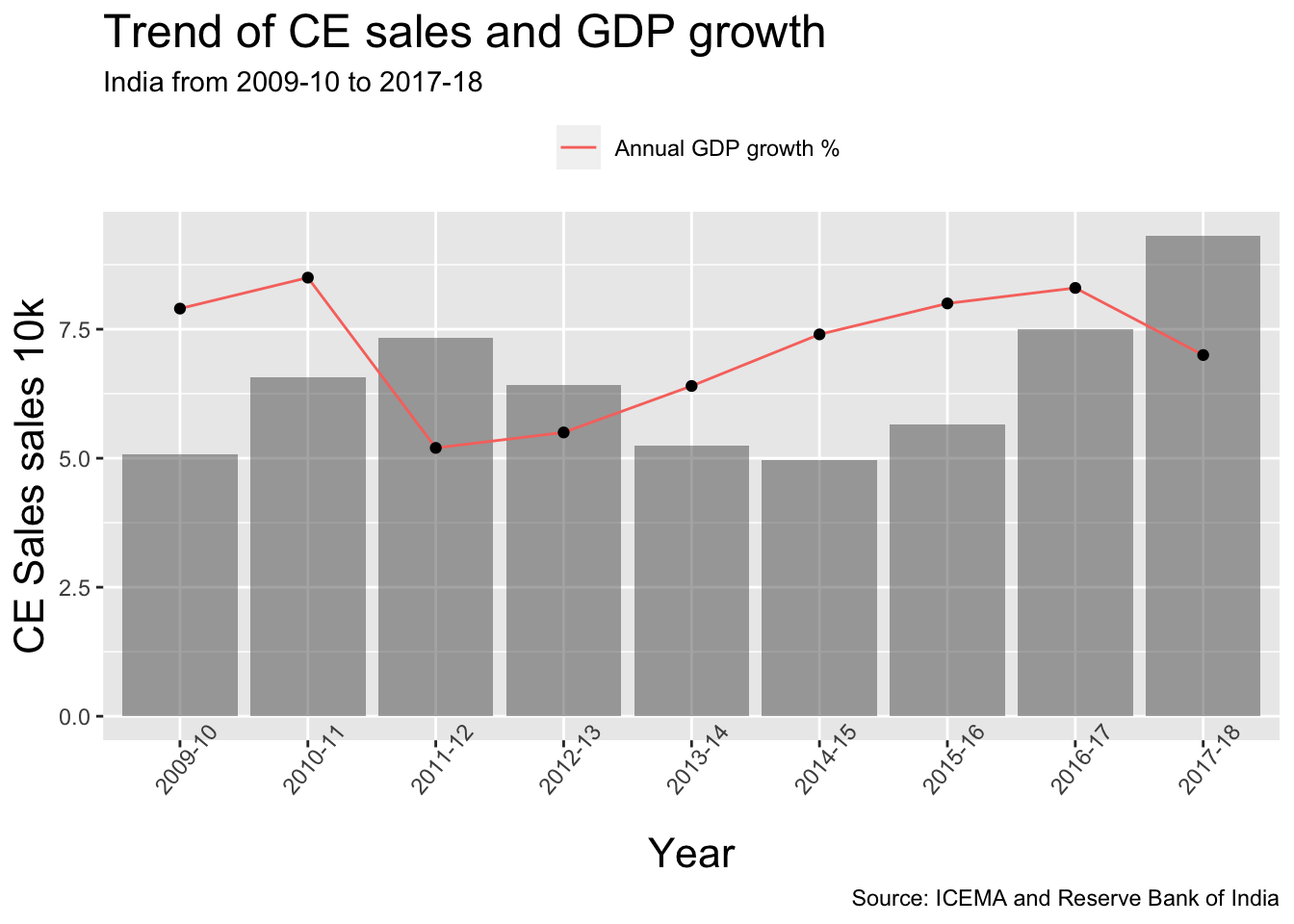 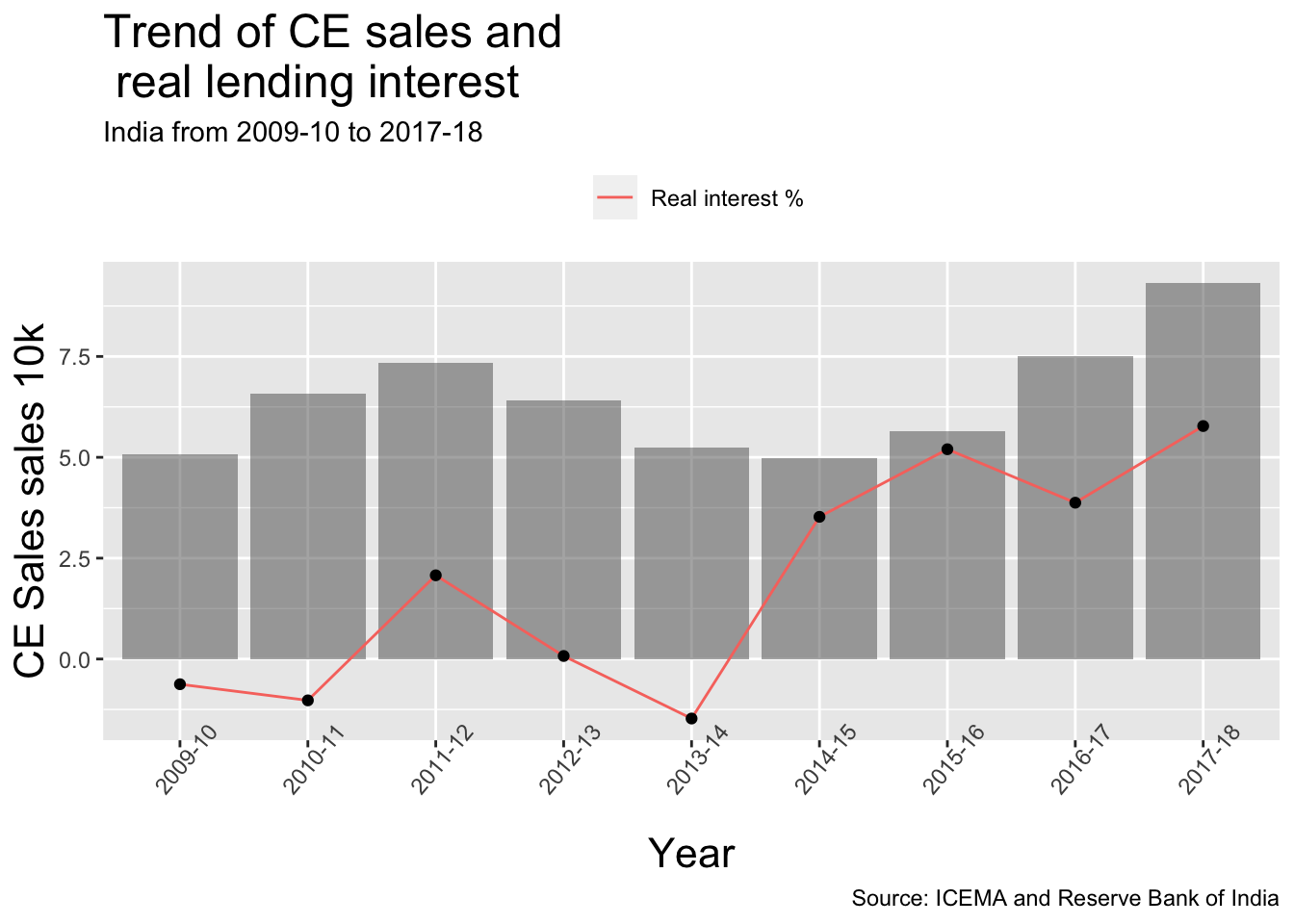 It may also be concluded that monetary policy is not the key to boost construction equipment sales. The business has grown during periods when real interest rates were very high and vice versa. The obvious question that comes to mind is what possibly influences CE sales? Like any business, it follows money and confidence.

Popular methods of boosting business activities are by changing monetary and fiscal policies. In the last section, it was concluded that monetary policies apparently do not have much effect in CE sales. The effect of fiscal policies, however, is different. The figure below compares the trend of investments in economic activities (as % of GDP) by central Govt. and State Govts. (and the total). 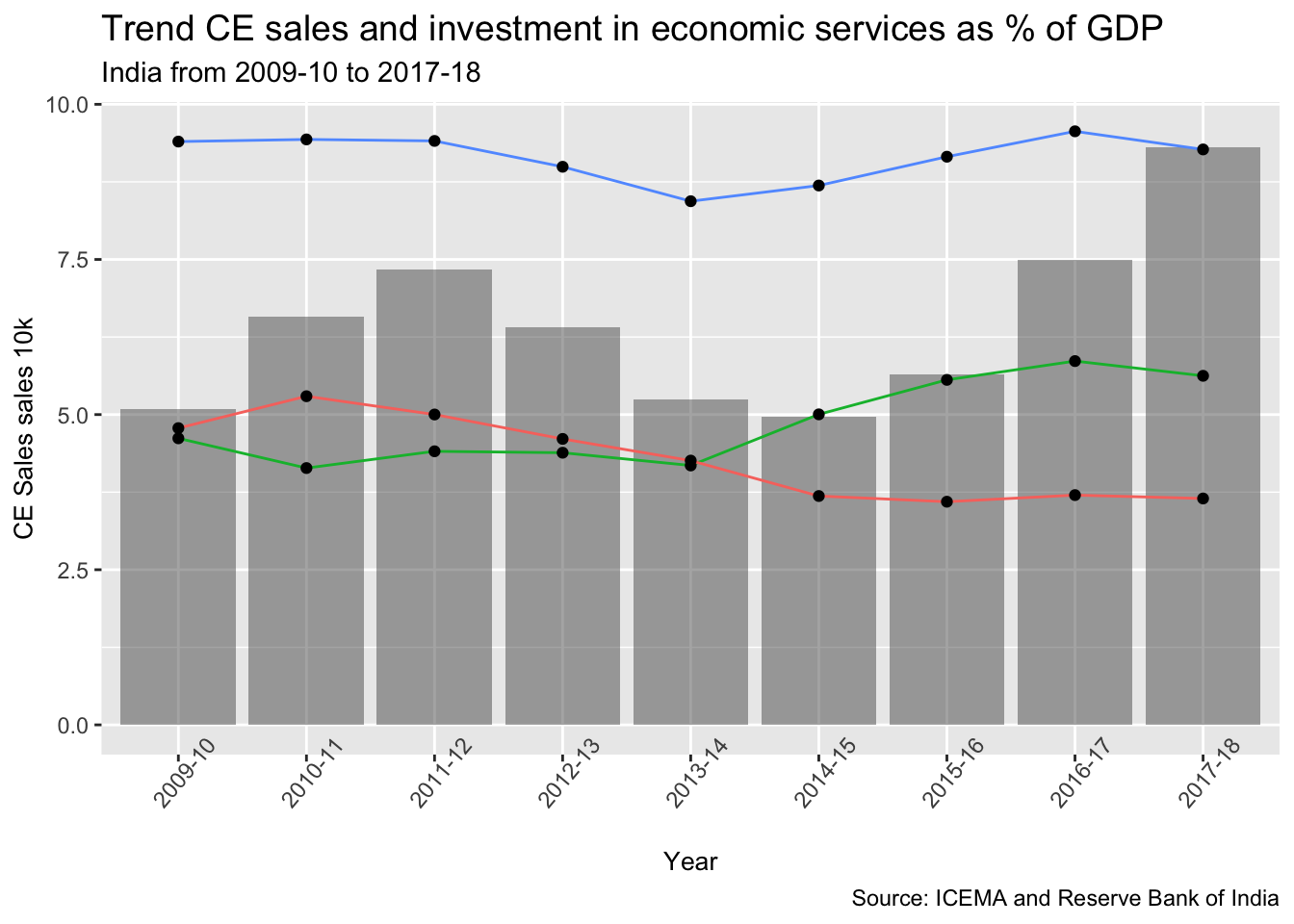 Construction equipment sales indeed follows money. And most of the money in infrastructure development traditionally comes from Govt. as per report from CRISIL.2 A closer look at the trend shows some exceptions. For e.g. 2014-15 when there was a growth in investment but sales were still low. These exceptions were influenced by confidence.

Confidence could come from various directions. And one that we cannot deny is the direction of politics. The chart shows a dip in sales during the years of Loksabha election. It also shows total elections (Loksabha + Vidhansabha) elections. 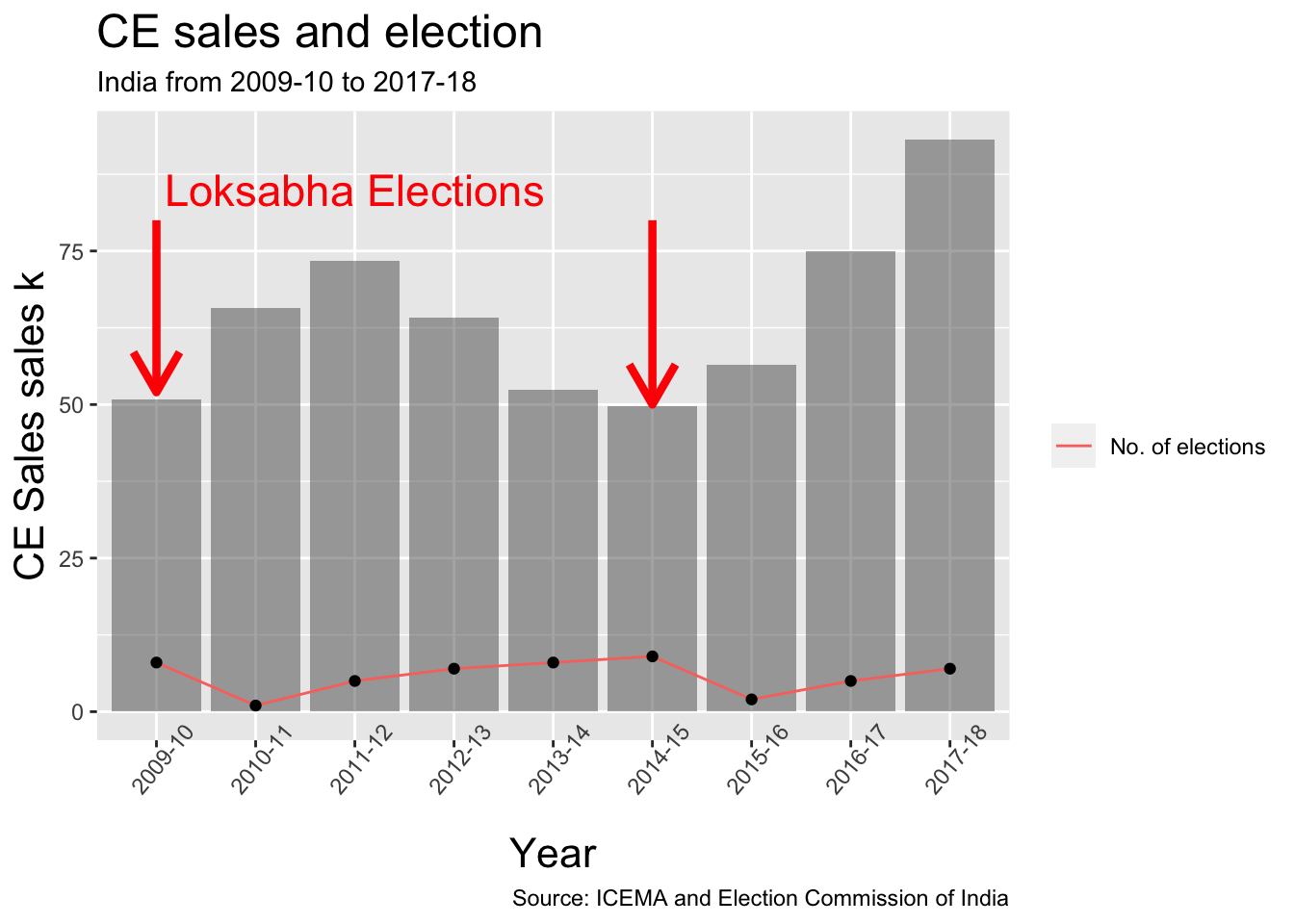 The trend of total number of elections do not match that of CE sales. But, not every state has equal impact. For e.g. election in Mizoram will have less effect that election is Maharashtra because of the difference in scale of economic activities in both the states. Hence, sheer number of Vidhansabha elections do not convey the full picture. However, the effect of Loksabha elections in clearly visible. 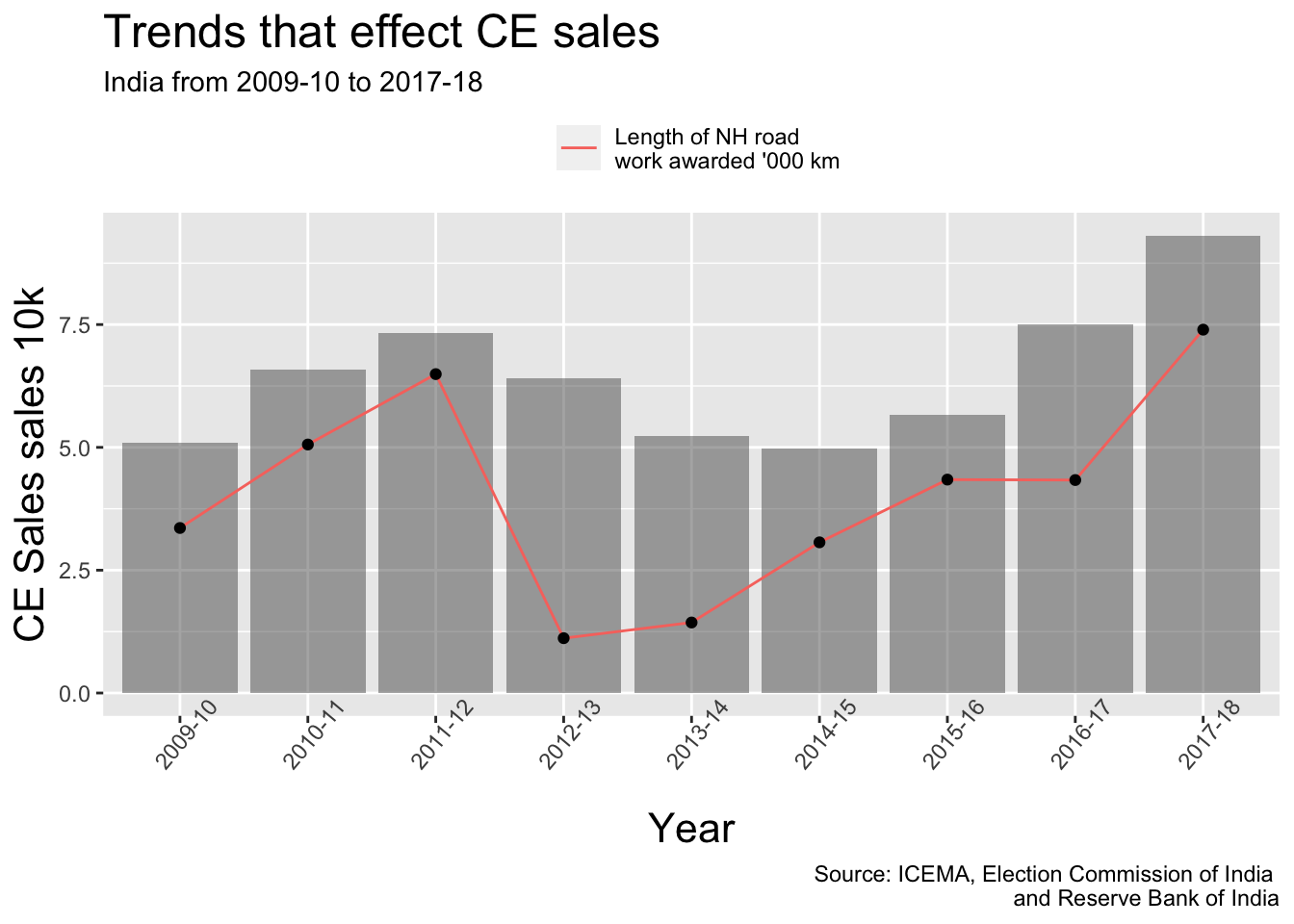 Hence, it may be concluded that expenditure of Govt. on economic services, political stability and allotment of new projects seems to have positive impact on construction equipment business.

CE Sales figure does not follow trend of any individual factor always. Rather, it follows the trends of a combination of factors which seem to influence the business. These are expenditure in economic services, political stability/turning points and allotment of new infrastructure projects. 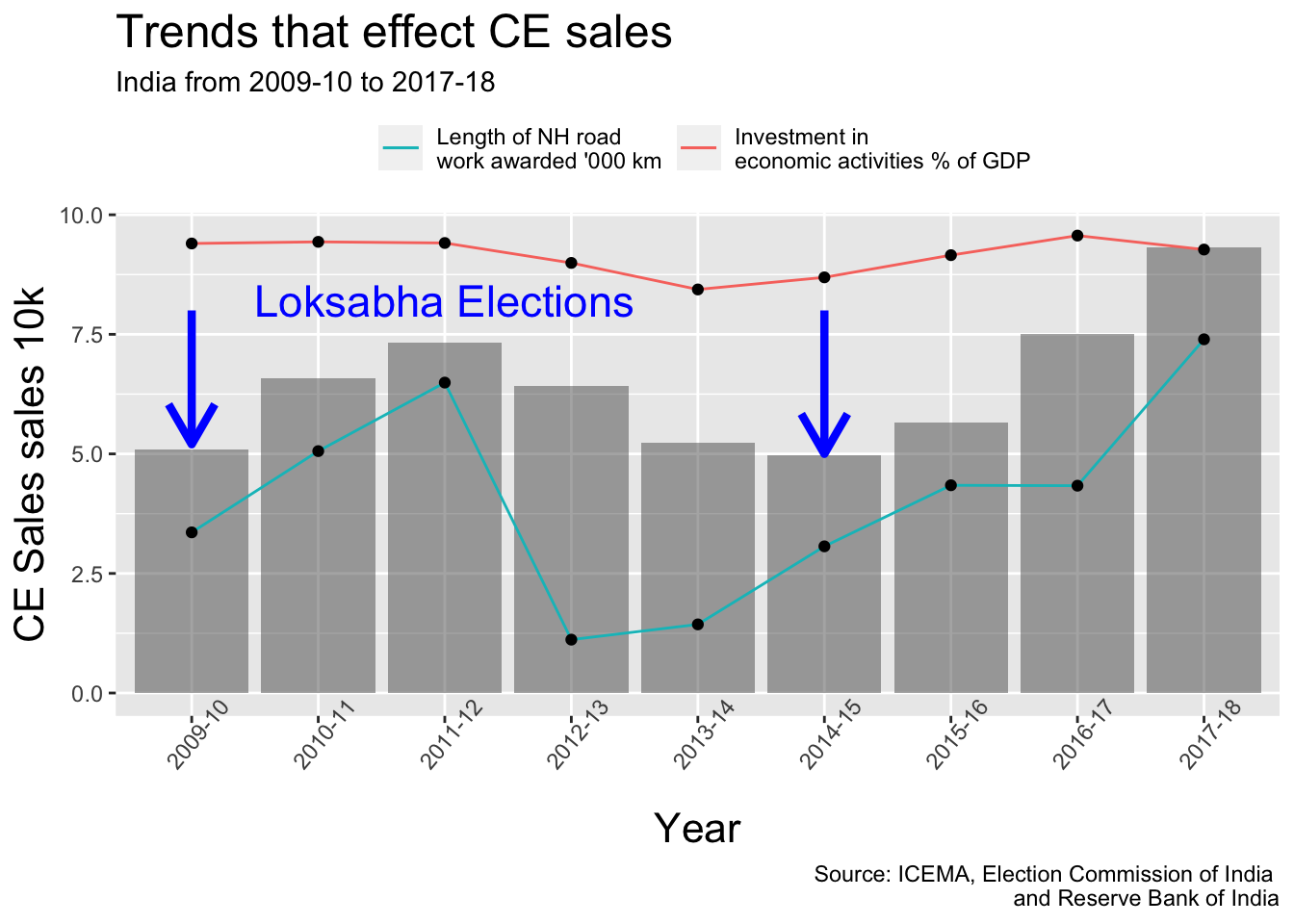